A while back I ordered the Renewing AHA Cream and Vitamin C Essence from DHC, and in a nutshell I was disappointed with and returned both products. Since then I haven’t considered ordering from them, until recently.

DHC reached out to me and asked if I would like to try some of their best-selling products: the Deep Cleansing Oil and Velvet Skin Coat. I’ve heard great things about both, so I was excited to try them out and see if I’d have better luck this time. To my surprise, the package also included a bonus night cream and lipstick! 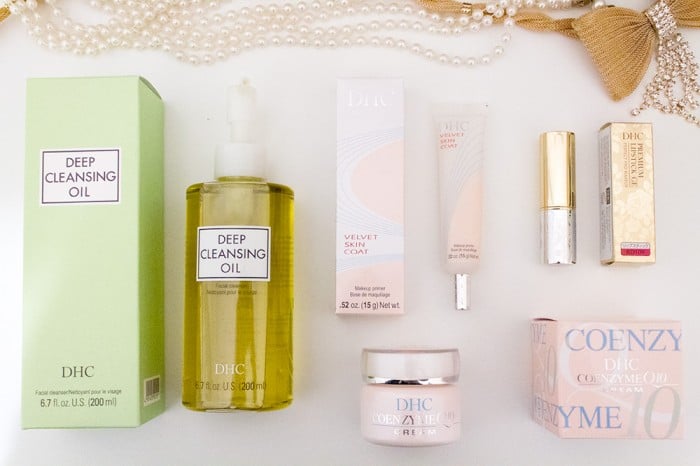 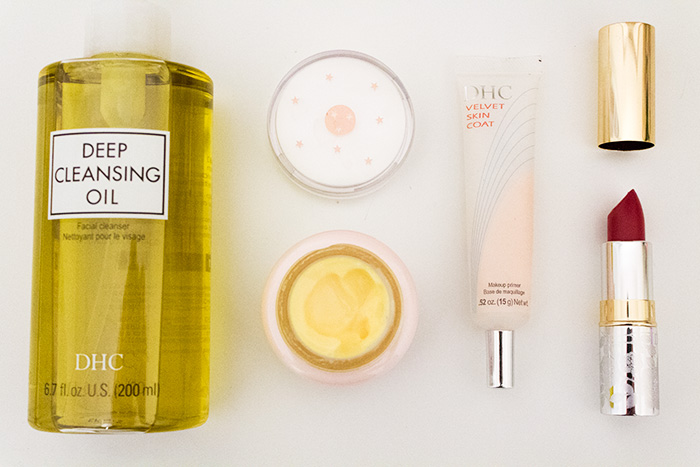 Needless to say this experience with DHC completely turned my opinion of their products around. Other than the Q10 cream, I see myself reordering all 3 other products in the future (or now for the lipstick!). Their prices are comparable to most department store counter brands, but if you take advantage of their frequent promotions the prices can be quite affordable. Plus if you subscribe to their catalog they always send free samples!

DHC sent me these products for review considerations. However all opinions are mine and 100% honest. I did not receive any monetary compensation for this review. This post contains affiliate links, and each purchase helps cover the cost of running this blog at no extra cost to you! Full disclosure policy
Author: Jenny Wu