Clothes Story: A Beginners Guide to the Supreme Brand 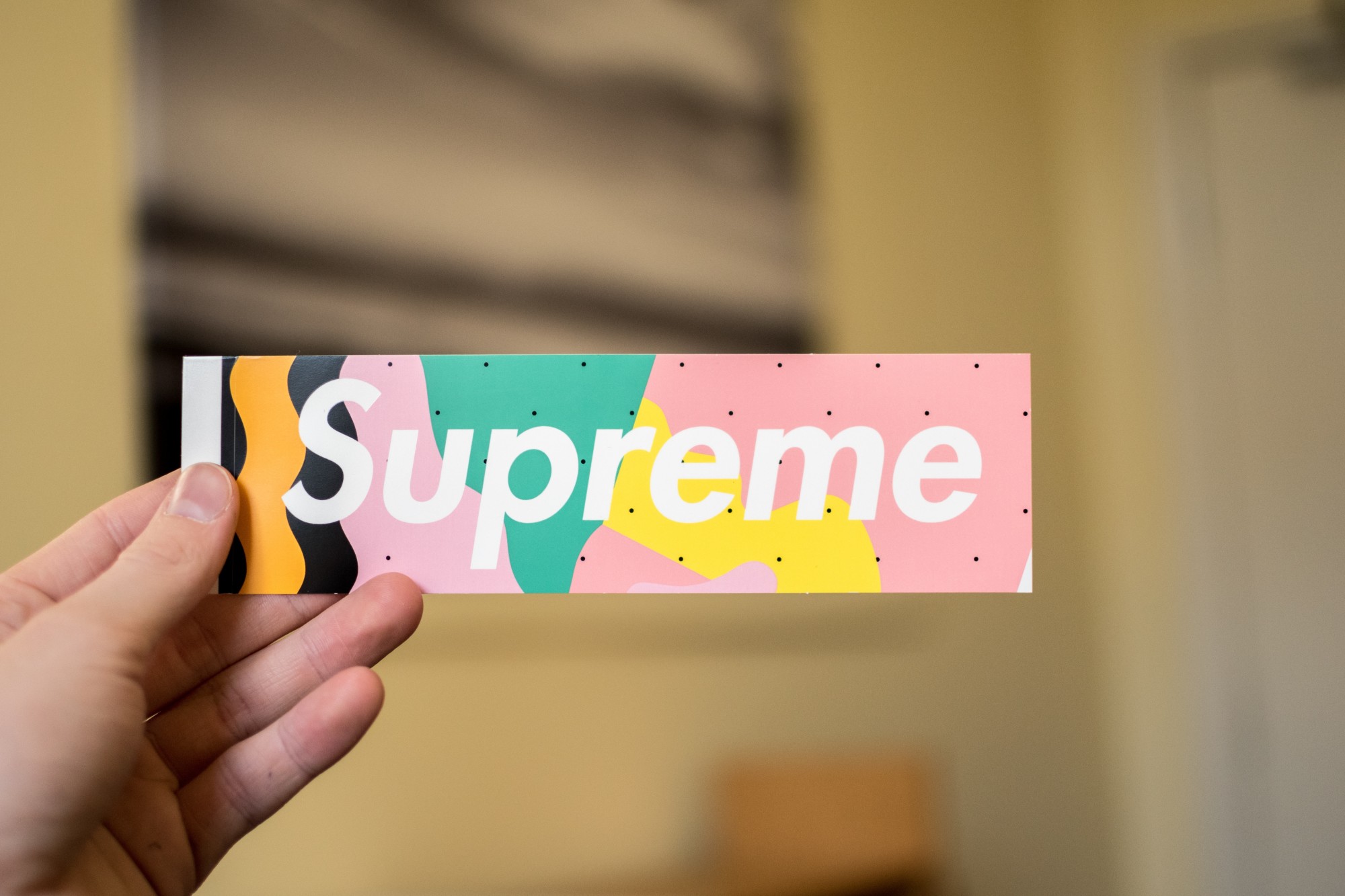 Today, Supreme clothing is known as one of the buzziest and most sought-after clothing brands there is. Each time a new drop happens, clothing enthusiasts are falling over themselves to shell out thousands of dollars to resellers for relatively simple designs. But how did this come to be the case?

This article will take the uninitiated through the clothes story of the Supreme brand—from humble skate shop to billion-dollar business. Read on to find out how Supreme came to be one of the most exclusive, coveted clothing brands on the market.

When Supreme first opened its doors on Layfette Street, lower Manhattan in 1994, it was seen by many as a hang-out spot as much as it was a clothing store. Kids from the local skate community would gather there, for the most part without ever intending to make a purchase, simply to meet with friends and soak up the atmosphere which, even back then, seemed to have something special about it.

Supreme’s founder James Jebbia is a somewhat enigmatic leader, but one thing about him seems certain: he does things his own way. The style of Supreme clothing is and always has been influenced by skaters. The company has never relied on marketing tricks or gimmicks to convince people to purchase its clothing.

That’s probably because it hasn’t had to. Public interest in the brand has grown in the brand organically, for two main reasons. The first is the high profile collaborations the brand has been involved in (Nike, Commes de Carçons, Champion) and the second is the scarcity and excitement generated by the limited edition nature of much of the clothing. To many, this all makes Supreme worth the money.

Today Supreme has stores in locations like Japan, London, Milan, and Paris. It has grown to be a global phenomenon beloved by celebrities and streetwear enthusiasts alike.

For this reason, attaining a piece of Supreme clothing can be difficult. The brand releases two regular collections a year along with any collaborations or special releases they might be involved in.

Those hoping to score a piece from a Supreme drop have three options: they can queue outside a store for hours on end, try to purchase items online before they (immediately) sell out, or purchase them from a reseller for a considerable mark up.

This may seem like a lot of effort for a simple piece of clothing, but the hype surrounding Supreme is strong. As a result, so is the enthusiasm of its customers.

A Clothes Story of Success

The Supreme clothes story is an impressive one. The brand has achieved two things—exclusivity and desirability—that many in the fashion industry want to but few actually do. Supreme continues to go from strength to strength and its popularity is showing no sign of slowing down any time soon.

If you’ve found this article interesting, don’t forget to take a look at the rest of our content.