If you follow me on Instagram, you know I love posting photos of my cats. Not just because they’re my babies and I’m their proud mama, but because they’re the purrfect (har har) balance of adorable and hilarious. So without further ado, here are my top 5 reasons why you need a cat in your life. 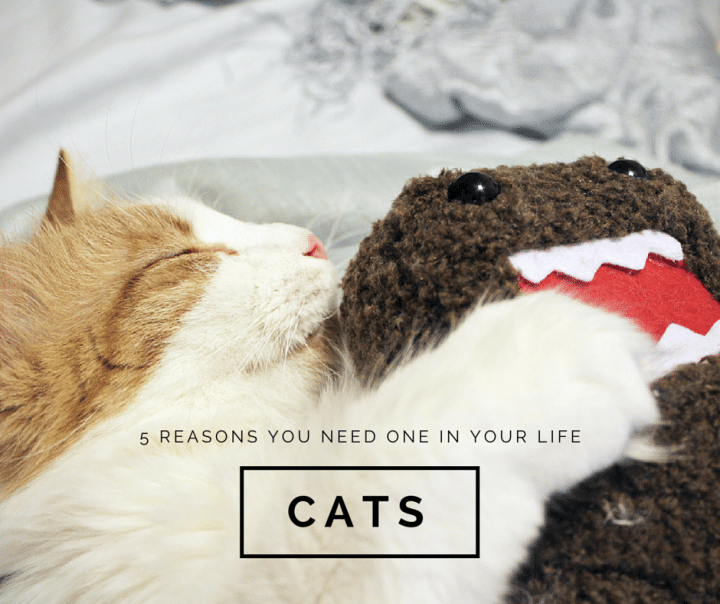 Yes, I’m ridiculously biased when it comes to cats, but I also say these things from experience. Before Shelly and Cooper, my dream pet was a dog (more specifically, a Golden Retriever). But today, I wouldn’t trade my cats for anything in the world. I know a lot of people feel the same way about dogs that I did before, but unless you can commit the next 10+ years of your life to taking care of it, neither you nor the dog will be happy. The last thing you’d want to do is give the dog up – there are already enough shelter animals already, please don’t let yours become another one.

There are millions of cats in shelters today that are looking for a loving family to take them in. I still remember the day we adopted Cooper – he was in a cage in Petco, hiding under his bed and looking absolutely miserable. He was given up by his owner as a kitten (along with his mama), and spent the first year of his life in foster care and in cages at pet stores, waiting for someone to give him a forever home. Though he was painfully shy at first (he hid under the sofa for 2 months), I could understand why. How could he trust humans when he was abandoned by one at a young age? He eventually warmed up to us and became the most affectionate kitty ever, and it’s a happy ending for us both, but there are still millions of cats out there waiting for their happy ending. 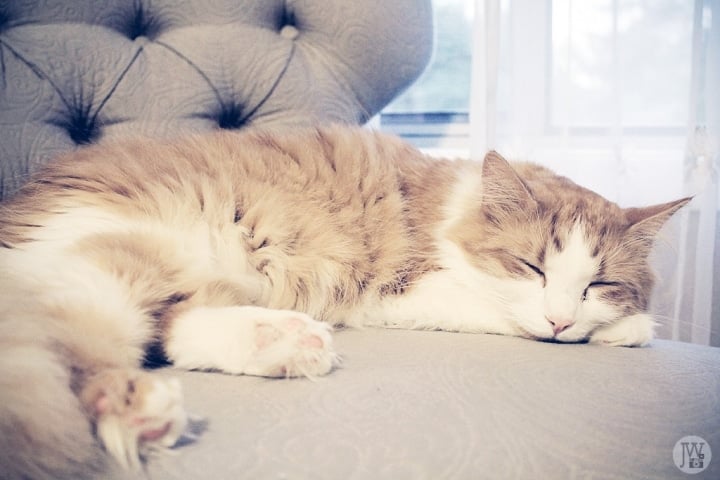 Seriously, if you’re thinking about getting a pet that’s not a goldfish, please don’t just default to dogs and rule out cats. And regardless of which pet you end up choosing, please, please adopt. You have no idea the impact you can make on an animal’s life through adoption, or the kind of impact they can make on yours.